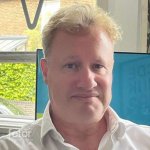 Most buildings in the area took place in the mid-17th century after the Great Fire of London. Spitalfields market was established in the 1680s. Spitalifelds became a parish in its own right in 1729 when Hawkesmoor’s Christ Church was consecrated.

Spitalfields lies at the heart of the East End, an area known for its spirit and a strong sense of community. Throughout its history, it has been an area of constant change.Following the edict of Nantes in 1685, the Huguenots fled France, bringing with them the skills of silk weaving and building the once-grand houses in the conservation area around Fournier Street. Today’s leather and textile trades are a continuation of this earlier tradition of weaving.

The potato famine led to an influx of men from Ireland, bringing in workers to build the nearby docks. More recently, Bangladeshi settlers have contributed to the richness of life in the borough of Tower Hamlets, many of them establishing restaurants in and around Brick Lane.

Nowadays, the best way to explore Spitalfields and appreciate its rich history is on foot. It’s within a few minutes walk of several tube stations, as the map shows.

Customer Service What to Do

Jan 3, 2017 spitalfields
Market History What to Do

Jan 3, 2017 spitalfields
Market History What to Do

The markets are open throughout the year whatever the weather, with something for everyone. Don’t let the winter weather put you off.

There are bargains, plenty of refreshment stalls and cafes to fill the day. And in the summer there’s a fun, holiday atmosphere.

Getting help for alcohol addiction